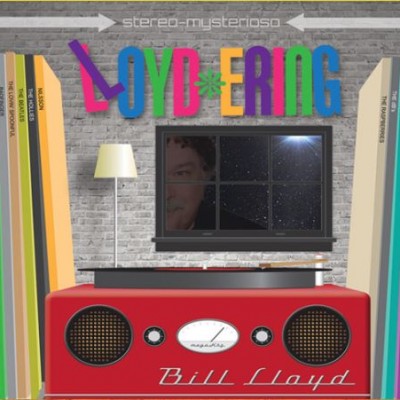 $12.99
00:00
00:00
Update RequiredTo play the media you will need to either update your browser to a recent version or update your Flash plugin.

Bill Lloyd has certainly covered a lot of ground since his first pop-rock solo album, Feeling the Elephant in 1986 . He took a stylistic turn and enjoyed mainstream success in the alt-country duo, Foster & Lloyd.

His time in Nashville has been spent as a hit songwriter with cuts as varied as Trisha Yearwood and Hootie and the Blowfish.

He’s produced a range of acclaimed artists including the legendary Carl Perkins. As a session player he’s recorded with Brit-pop stars like Ray Davies of The Kinks and Glenn Tilbrook of Squeeze to country icons like Buck Owens and Steve Earle. He has also worked as a sideman touring with Cheap Trick, Poco and Marshall Crenshaw. As a recording artist, Lloyd has continued to win acclaim for his solo projects showcasing his melodic power pop and lyrical song craft.

Now Spyderpop Records offers a collection of cover songs called Lloyd-ering on which the multi-faceted songwriter/ producer/guitarist celebrates the artists and the songs that influenced him.

The songs are: Let her Dance, The World Turns All Around Her, Lonely You, Coconut Grove, Across the Universe, Step Inside, The Lottery Song, Goin' Nowhere Tonight, Neverland, Every Word Means No, Whole Wide World, I Don't Want to Tie You Down.